iPhone 6 has launched and has been released to the public. As usual, many iPhone fans have lined up at Apple stores to get their hands on the new phone on the first day.

Android phones are devices with large screens. Larger screens were wanted by everyone and finally the iPhone got one. The iPhone 5S had a screen size at 4 inches. The new iPhone 6 has a more reasonable screen size of 4.7 inches. Finally, the bigger brother of the iPhone 6, the 6 plus, has a monster screen at 5.5 inches.  There are other improvments to phones, as usual, it’s not just screen 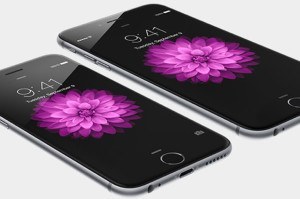 Comparison between iPhone 6 and 6 plus

sizes. They are faster, come with more memory, are a bit thinner, and the shape of the phones sides are now rounded. Similar to the iPhone 3g.

Interestingly Apple has decided not to ship a 32gb model of the new phone. The only available sizes for storage are the 16gb, 64gb and 128gb models – for both phones, the 6 and the 6 plus.

iPhone 6 launched with the new operating system, iOS 8. There are plenty of new features and fun things in the new OS. Handoff is a really cool new feature which can send an active application in one working state to another separate device, such as an iPad, in the same state as the iPhone. AirDrop is a new feature where you can send data between two devices – as long as they are close to each other. All these features are neat but the next one is the best, and it’s saved for last. With Continuity you can make calls, from your iPhone using your iPad or MacBook. Bond the two devices together and off you go. However, that’s not all, you can now also send text message from an iPad or MacBook – using Continuity.us. In this current age, 16gb storage for some people may not be enough as not everyone uses cloud services for listening to music or watching movies. A lot of people still load music, movies and tv shows using iTunes to their iDevices, using iTunes.

Finally, the keyboard in iOS 8 has been redesigned. Android users have had this for a long time, and now Apple finally has it. You can now swipe your finger across the touch keyboard to form your emails or text’s. Take your finger and position it to the letter “A” and then drag to “P” then “L” and so on, to spell “Apple”. This keyboard technology has been perfected to auto correct any misspellings.

Enjoy the new phone with a new operating system.

If you have questions about the iPhone 6 or the new iOS 8 – feel free to ask Group 4 Networks.