Microsoft Lync to Skype is a transition in the works, coming in 2015 there will be some changes in the business communication world. 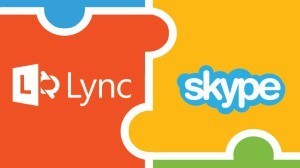 Skype was once a company by itself, but in 2011 Microsoft purchased Skype for $8.5 Billion. To this date Microsoft owns Skype. There have been some changes implemented from Microsoft, like the inability to use old Skype programs, as they will not connect to the Skype network.

Network administrators who have built their own environments, and who have configured their own Lync servers can be assured that the Skypre for business will have a server version, which will be able to be installed on the businesses own hardware. More importantly Microsoft will update their Office 365 platform to include Skype for business, as a service.

In 2015 the Lync clients, the application the users have installed on their computers to get in touch with friends and colleagues will also be updated.

Microsoft sure has a lot of work ahead of them, as it is not easy to change the technical parts of the Skype and Lync foundation to get a major transition such as this underway. It’s definitely won’t be a flip of a switch for Microsoft.

Design wise, the new Skype for business, can be expected to keep the current Skypre look, with maybe some minor changes.

Finally, there will be some interoperability between normal Skype users and Skype for business users.

As this transition completes, we can expect a lot of third party hosting providers to make the changes on their end as well, besides Office 365.

If you have any questions about Skype for business or are planning to get the new service next year, feel free to contact Group 4 Networks!