Are You IT Strategic? Why Companies Succeed or Fail

Are You IT Strategic? Why Companies Succeed or Fail

In today’s world of commerce, companies ignore the strategic potential of information technology at their peril.  Companies in literally every industry need to consider how—not whether—to use IT Support as part of a business model that will allow them to thrive and grow.  Not implementing IT as an integral part of a path forward will doom most companies to stagnation, decline, and eventual extinction. The question is Are You IT Strategic?

The Yin and Yang of Business Failure and Success:  The IT Commonality 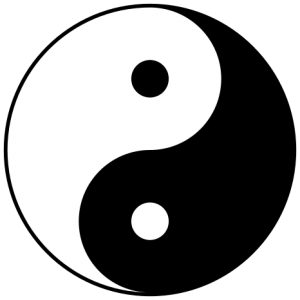 At one time, some believed that only businesses engaged in commerce that directly involved IT—producers of computer software, or high tech hardware, etc.—needed to keep up with changes in technology to remain successful.  Few believe that anymore given the examples of high profile companies involved in businesses not directly involved with IT that have failed due in large measure to IT shortsightedness.  Among the best known of these cases are movie rental company Blockbuster and bookseller Borders.  In both instances, the IT stodginess of these companies was paralleled by the IT creativity of the businesses that largely displaced them:  Netflix and Amazon.com respectively.

How IT Innovation Can Help Your Business Thrive

By investing in a robust IT model, you can help your business in three principal ways:

Managed IT Services as a Means to an End

While there can be no doubt that keeping up with the ever-changing IT development wave is critical, it’s equally clear that it’s difficult to accomplish for many companies, particularly ones whose substantive business revolves around something outside the IT world.  This is where managed service providers can help.  By contracting with a managed service provider to handle your IT needs, you’re hiring an expert whose business is IT innovation and how to best handle that area of your company’s specialized needs.

Group 4 Networks is a Toronto based IT consultancy renowned for quality online and IT solutions like email hosting, managed IT services, cloud computing and many others.

Get a FREE Network Assessment

I chose Group 4 Networks because I simply could not find any other providers that offered all the services I need under one platform.

Pay as you go IT

© 2021 IT Services and Support | LAW office IT Support | Dental IT Support. All rights reserved. Group 4 Networks.