Android has been around since 2008, and it has come a very long way. When launched, compared to today, is very ugly and not a lot of phones ran on Android. When version 2.0 came out, that was a stepping stone to Google, they were committed to keeping on going. Android wasn’t just a product that would shortly disappear, like the poor WebOS by Palm / HP.

Let’s back track a bit. What is Android? Android is the main operating system for a lot of mobile devices today, alongside competitors such as Apple, BlackBerry and Microsoft. Android has a very active user base, like Apple. You can find Android on tablets, phones, and now smart watches. A lot of companies use Android for their products, like HTC, Samsung, Sony, LG, Acer, Huawei and so on. 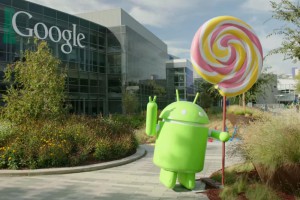 To get a feel of what the new Android will look like, take a peek at the picture below, as well as the link below. http://www.androidbeat.com/2014/06/android-kitkat-vs-android-l-visual-comparison/

There haven’t been too many new feature reporting’s for Lollipop but what we do know is, one major improvement is the design. Lollipop’s design is called “Material design” – it’s completely new for Android and is made to be more streamlined with other Google product designs. Multiuser support is back, on phones too now. Pre Lollipop, multiuser support was only available for tablets. This way any one can have multiple accounts on an Android power phone. It’s the same concept as setting accounts on a computer. One can restrict access to certain things and allow access to other areas, different to each Android device account.

Battery power saving technology was never included in the plain, stock Android, the Android that comes with a Nexus 5 phone. It was always added by other manufacturers, who change how Android functions, design wise and performance wise and it was always tailored for their specific phones. For example, the Nexus 5 on Android 4.4 KitKat doesn’t have a power saving mode, but an HTC One running the same operating system, which was modified by HTC does have power saving capabilities. That’s changed in Lollipop. Finally there is native battery power saving included.

Finally, since Android is a Google product, developed and maintained by Google – the new Lollipop operating system will come with a brand new version of Gmail. No longer will there be two separate apps – “Email” and “Gmail” on the phone. This is a good thing. In the past people used the “Email” app for getting email from their work, their internet providers, and etc. While the “Gmail” app was just for that, gmail emails.

There have been some reports online of what to expect with the new Gmail, version 5 app. A few things are a redesigned interface to make emailing simpler and faster. Support for Microsoft Exchange server based email accounts, Outlook.com accounts (renamed from Hotmail and Live) support, Yahoo mail support and possibly third party email support. Third party email support is equivalent to users who have their own domain such as www.g4ns.com and email hosted by GoDaddy.

We’re excited for the new IT Support, and can’t wait to get our hands on it.